All The Buzz And Spice: Apple’s New iPad Mini 6 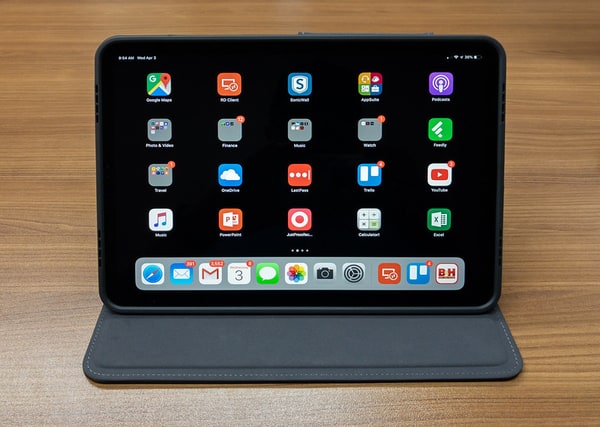 We already knew about the new iPhone 13 and the new Apple Watch release, and we are eagerly waiting for the event. However, the latest rumor has spiced things up, and there is more reason to look forward to the event.

There’s good news on the way for fans of Apple. All signs point to the release of a new, less expensive version of the iPad and a redesigned iPad Mini to go with it.

What are the features of these two most recent iPads? And when might we expect to see them on retail shelves?

We’ve sifted through the finest and worst whispers on the internet to bring you the best. Now, we don’t know if it’s really going to happen, but we sure do have all the gossip that’s been happening in the tech world.

The news about the iPad 6 mini is unofficial. Majin Bu posted it on Twitter with the caption “iPad mini 6 all the information I have #Apple #iPadMini6.”

Given that some tech tipsters have slammed Majin Bu in the past. Also, there are some concerns regarding the Twitter account being flagged. So, frankly, all of this information should not be taken too seriously. Fans eagerly awaiting the iPad mini 6 will likely react to the following reported specifications with a mix of delight and disappointment, depending on their primary motivations for making a purchase.

One of the disappointing assumptions may or may not be the use of A15 SoC in the new iPad mini 6. Many people assumed the iPad mini 6 would use an A15 SoC. However, the processor mentioned in the rumor is the A14.

Moreover, as seen in the pictures, volume controls have been relocated to the top of the iPad to create room for the Apple Pencil. This alleged change may turn out to be absurd. The lazy ones must be the most disappointed with Apple at the moment. Because, hey, they will have to move their fingers from the sides all over to the top. And the power button will work as an “id” button with a double click. In short, there will be no home button on the new iPad either.

Apple is most likely to price the new iPad mini 6 at the same rate as its predecessors. These new tablets will at least have 64 GB of memory costing $399, which is way better than the previous ones with a memory consisting of a total of 32 GBs costing $329. There is also the option of 256GB which costs $549. However, you should only opt for it if you really need a lot of space and have a few extra hundreds to spare.

According to some, the new iPad mini will have the same screen size as the previous iPad. However, rumor has it that it might actually have an 8.4-inch screen instead of a 7.9 inch.

Good news for those who are picky regarding colors. The new iPad will be available in various colors, including green, blue, and pink, to the classic Spacy Gray and Silver colors of previous iPad minis. There is a piece of sad news for the rose gold lovers; there is not a hint of it being available in rose gold.

The only apple knows whether or not the things above said are true. But let’s hope for the best. The yearly event is not that far away as the unveiling draws closer everyday. Till then, sit tight and stay strong. We shall know the truth soon.

PS5 Restock: Where To Buy The PS5