Almost a decade ago, Microsoft astounded the masses with their first Surface hybrid tablet that had a detachable keyboard. Prior to the first Surface launch, Microsoft was primarily known as a software company. However, they did have one earlier venture into the tech world. The infamous Windows-based Microsoft Lumia phones. Nonetheless, they never really took off.

Fast forward to the present day, and Microsoft is a tech hardware veteran, creating excellent Surface Laptops, tablets, and desktops.

Today, Microsoft launched a few major and some minor updates to the Surface lineup. They introduced the new Surface Laptop studio, modernized the Duo line with Surface Duo 2 while adding a new processor to the Surface Go 3. And the Surface Pro X now has a WiFi-only model. Also, Microsoft also introduced a new Surface Slim Pen 2 that will be the first stylus that has integrated haptics. To top it all off, they have created a mouse using ocean-bound plastics.

Surface Laptop Studio beats the Surface Book 3 by a mile. It has a sleek and modern design, with a 14-inch size, and supports a three-position display. However, there’s always room to nit-pick. The non-removable memory and the Microsoft service center-only storage upgrade are a bit of a downside. In comparison, the laptop still looks promising.

The Surface Pro, Microsoft’s premier Surface series, is now a resounding 13 inches and has a better overall performance score. You can also purchase a cover that can support and wirelessly charge the new Slim Pen 2.

The Surface Pro X also has a Wi-Fi-only model now.

The Surface Duo 2 now supports three rear cameras, along with the same previous phone/tablet type dual-screen. The hype for this isn’t as high as the rest of them.

The Surface Go is Microsoft’s most affordable and smallest device. The third generation supports faster chips and still remains priced at 399$.

Microsoft’s brought their “A” game when it came to the Slim Pen 2. It has integrated haptics to give the user a more paper-like touch. Also, it supports a sharper nib and Zero-Force Inking, which improves responsiveness. Oh, did I mention? It also has wireless charging. 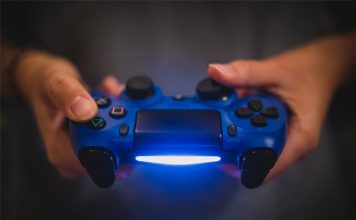