This is a follow-up post regarding the social outage that happened yesterday. The social outage has left users with questions such as “why did it happen?” we come to you with the correct answers to feed your curiosity.

Facebook explains the social outage that happened Monday around 11:40 a.m. ET. Facebook posted a blog explaining the reasons behind the hours-long social outage that took place yesterday. Apparently, the cause, according to Facebook, was “faulty configuration change” to its “backbone routers.”

In the simplest terms, this entails bringing ground traffic to a complete stop on the roadway that is critical to the company’s activities. Basically, the traffic between Facebook’s data centers was interrupted. The data centers are basically physical buildings that contain the company’s servers and IT equipment.

The traffic interruption did not only cause the applications to go offline but also managed to cut off the company’s employees from sending each other messages to inform each other of the problem that took place or to fix things internally. Furthermore, it also restricted the workers from physically reaching the affected server with their company badges (that can unlock doors at Facebook companies). Access was denied to everyone that tried.

All of these complications made it super tricky for the company to resolve these issues. As a result of the panic, they had to send down a team to manually reset the servers at the data center in Santa Clara, California. According to the New York Times, The company informed everyone about being “back Online” through a log post and also apologized for the inconvenience caused.

The New York Times further reported that Facebook said it had “no evidence that user data was compromised as a result of this downtime.”

The outage impacted all Facebook-owned social and communication apps, including Instagram, Facebook Messenger, and Whatsapp. Some services were back running for only limited users around 6 p.m. ET but not for all.

The outage affected many users’ income solely dependent on these platforms. The users include social media influencers and Mark Zuckerberg himself. Mark’s Net Worth dropped by $6b at least. Of course, he will recover within no time, but it is still a big sad mishap. Mark Apologized through his Facebook page on Monday just before 7 p.m. ET for the outage, stating:

“Sorry for the disruption today — I know how much you rely on our services to stay connected with the people you care about.”
Additionally, facebook tweeted, “To the huge community of people and businesses around the world who depend on us: we’re sorry. We’ve been working hard to restore access to our apps and services and are happy to report they are coming back online now. Thank you for bearing with us.” 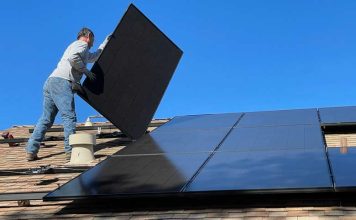