Apple Is Working On Technology To Help Diagnose Depression And Autism

As if the release of the new iPad mini, iPhone 13 series, and iWatch 7 weren’t enough, Apple is ready to take us off our feet once again. Wall street journal reported on Tuesday, 21st of September 2021, that the Phone company is very close to coming up with a feature that will detect depression, autism, and cognitive decline in iPhone users.

Apple is currently working with several famous universities such as the University of California, Los Angeles, and pharmaceutical company Biogen on the new iPhone feature that will be able to diagnose autism, depression, and cognitive decline. Apple always takes the trophy with their helpful and unique ideas. If this features gains success, it might save a lot of lives and make many lives more manageable.

According to the documents and interviews obtained by the wall street journal, Apple is working on building a reliable detection algorithm that will identify signs of the above said health problems by users’ biometric data, which includes sleeping patterns, mobility, and the way a person types on the phone. Apple hopes to succeed in building this feature, and it may become the new basis of the iPhone feature.

UCLA’s code name for the project is “Seabreeze and for Biogen, its “Pi,” reported the Journal.

The Journal also reported that Apple also plans on creating an algorithm to detect autism in children through iPhone’s camera and analyzing kid’s data. This partnership is reported with Duke University. Photos aren’t going to be for the purpose of looking “cute” anymore. You will get to record your child’s best moments, and at the same time, you will get a report regarding their health. No need for unnecessary testing on the basis of “suspicion” anymore.

Sorry Samsung users, but Apple may actually be onto something and is going to take away the Best Phone award with this one. 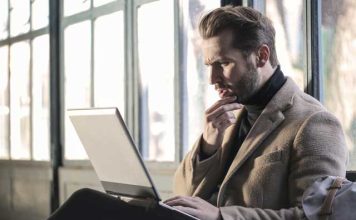